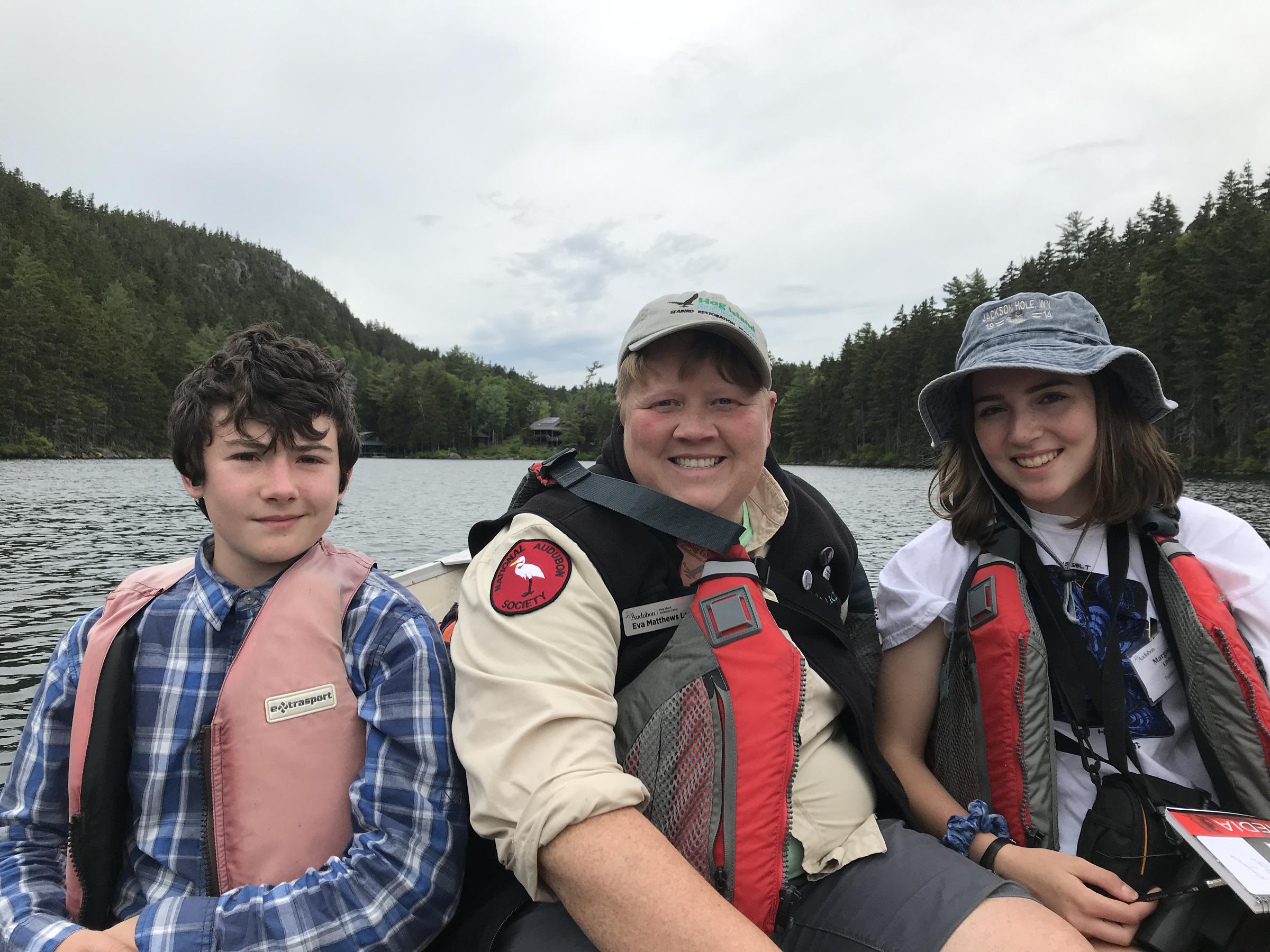 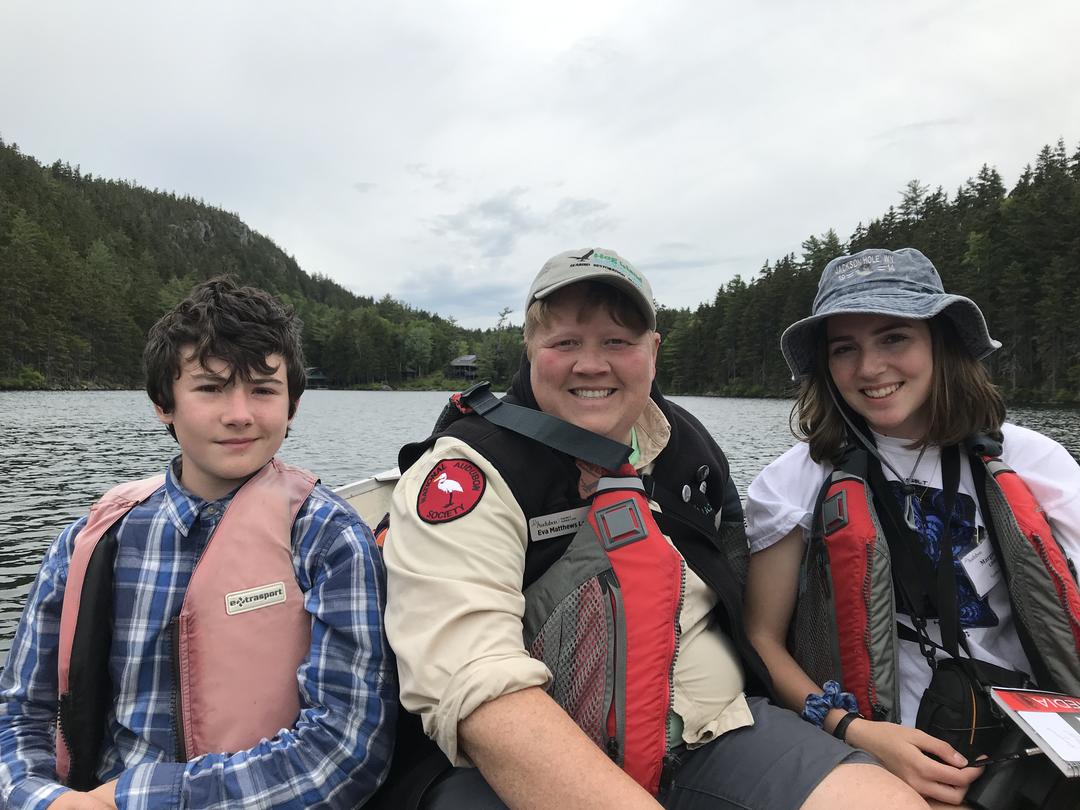 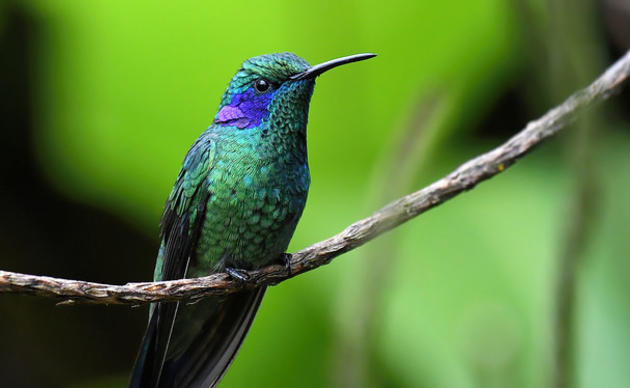 Title(s): Program Manager for all programs; Program Director for Mountains to Sea Birding for Teens and Costa Rica Teen Camp

Most interesting bird sighting at Hog Island this summer: Kentucky Warbler near the Crow's Nest, found by Scott Weidensaul

Favorite Camp Session: Costa Rica Teen Camp. Taking a group of young birders to another country is so rewarding.  Plus this program has a special emphasis on conservation and we spend a half day planting trees to create biological corridors for species like Great Green Macaws.  I'm always in awe of the group of young people that goes on this trip and I learn just as much from them as they do from me.

What makes Hog Island special to you: The people that come to camp make it special.  Hog Island is like one big family and I love that the instructors come back year after year. Each year we welcome new family members to the island and we bond.  There are also the returning campers and volunteers that are just as much the fabric of the island as the instructors.  Together we all take fellowship in the beauty of the island, the history of the camp and the melody of the birds.

What's a typical day like on the island for you: A typical day starts around 6am.  I sleep until the very last minute and then I get up in time for coffee before the staff meeting starts at 6:45am.  After the meeting I go to breakfast where I eat with the campers and help make morning announcements. Then it's a bit of a blur getting ready for the day.  On some days I am out in the field with the campers so I pack my work bag which includes binoculars, field guide, water bottle, first aid kit and sunscreen.  Then I grab the keys and drive the vans down to the boat house.  The campers shuttle over to the mainland and off we go to our first birding destination. I help organize the groups and lead the way around the trails.  Usually I'm paired with an instructor and we team up to stay on time and also provide useful information about bird identification.  At the next stop I get the coolers out and set up lunch as the group goes to the bathroom.  After lunch it's another field trip walk or two and then back to the island before dinner.  Once back on the island I will check emails and voicemails in the office. I help campers with first aid and special requests.  Usually I start prepping for the next week by making nametags or reviewing the housing charts. At dinner I'll eat with the campers or I'll help in the kitchen, preparing the desserts and running them out.  After dinner I make the schedule board and head to the Fish House to make sure all is ready for the nightly lecture.  Once the lecture is underway I get to the real office work.  This is the time that I usually prepare work contracts, correspond with program directors and create new social media posts.  Sometime around 9pm I head towards my cabin, though I do usually stop at the instructor's cabins to see how their day went.  Around 10pm I head to bed and read the news before falling asleep.

What is something that you've learned by working at Hog Island: I've learned that the days go by fast when you're working hard.  I've also learned that no matter if you're an expert or a beginner, there's always something new to learn if you open your mind and let down your ego.

Favorite place on the island: The porch of the Bridge, facing the channel.  I love sitting on the Adirondack chairs and watching the water ebb and flow.

Favorite time of day: Sunset. Usually the night lecture has begun and the camp gets pretty quiet. I like to watch the colors change from the porch.

Favorite island food: Taco night is amazing because all the sides are so perfect and the taco filling changes weekly.  Kristi's cheesecakes are a close second, especially when they have caramel on top and little chocolate chips.

What's one thing you can't live without on the island: Coffee!  Luckily, at Hog Island we only serve shade-grown Birds & Beans coffee so I drink it a bit more guilt-free.

Name one amazing or strange thing you have seen on the island: Once there was a mother turkey that took her poults out on the sandbar at the Narrows, where at low tide the land is the closest to the mainland.  She flew across the ocean channel and then began calling her poults to swim across.  Two jumped in and the third stayed on the rocks. They swam about a foot off the sandbar when a large Great Blue Heron circled above.  The hen turkey flew back across the channel and urged the poults back onto land.  They hid in the rocks and the Great Blue Heron landed on top of the rocks.  This stalemate lasted for about 20 minutes, as the tide slowly crept in.  A second heron joined the first one and they waited.  I was worried the rising tide would flush the turkeys out of their crevice but eventually the herons gave up and took off.  The hen came out and saw that the coast was clear and called for her poults to retreat back onto Hog Island and off of the exposed sand bar. It was definitely like watching a nature documentary, all seen from the lawn of the Bridge. 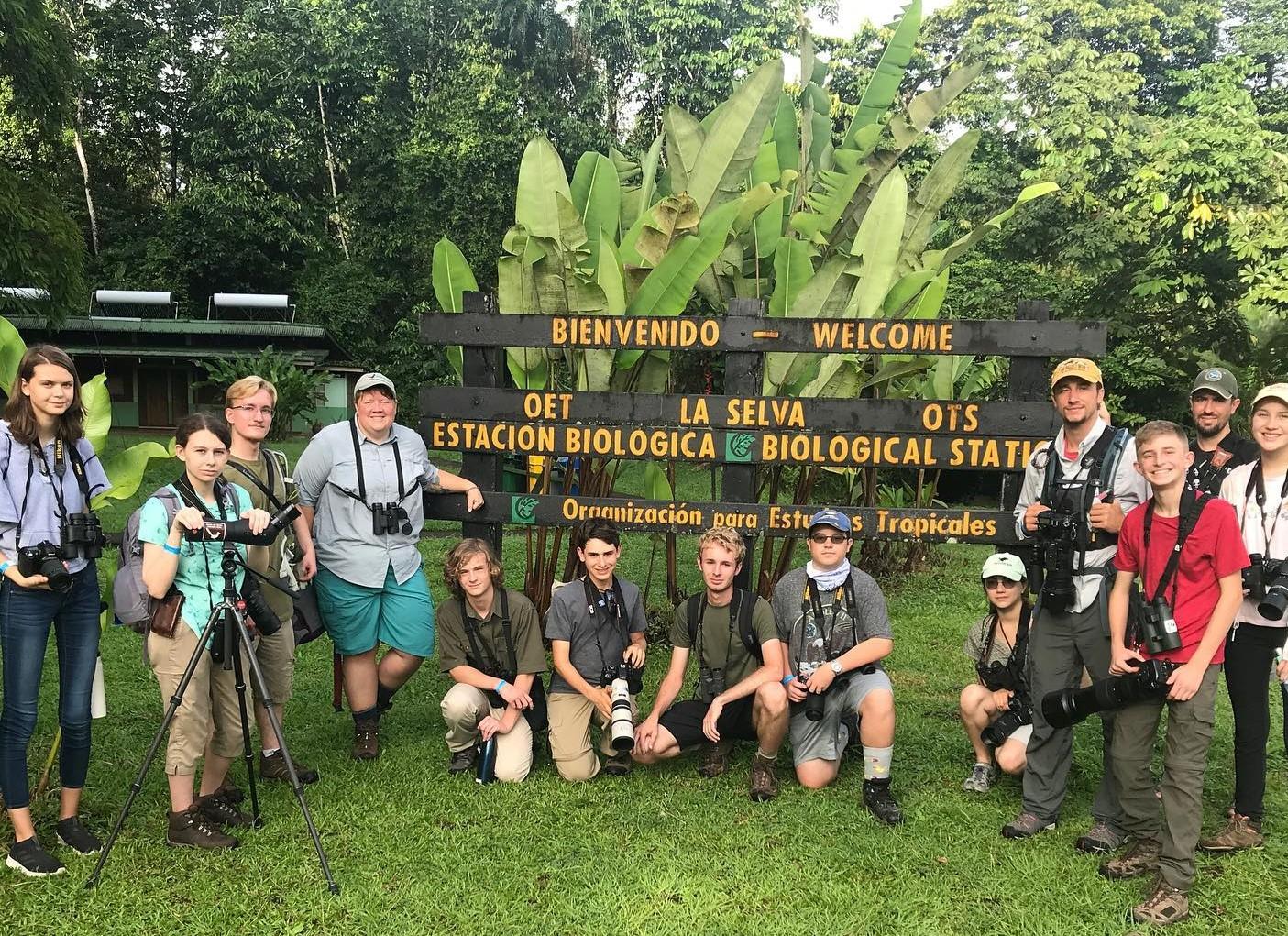 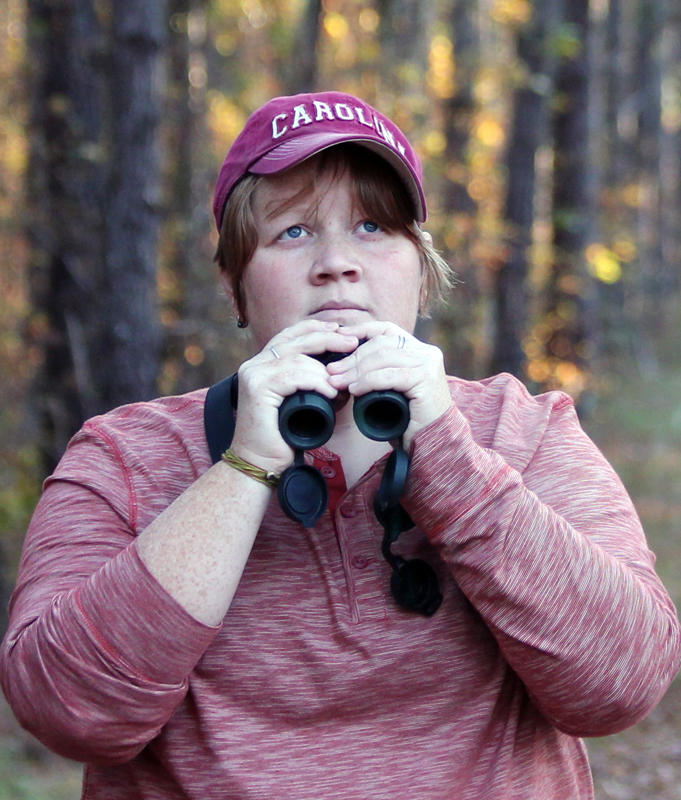 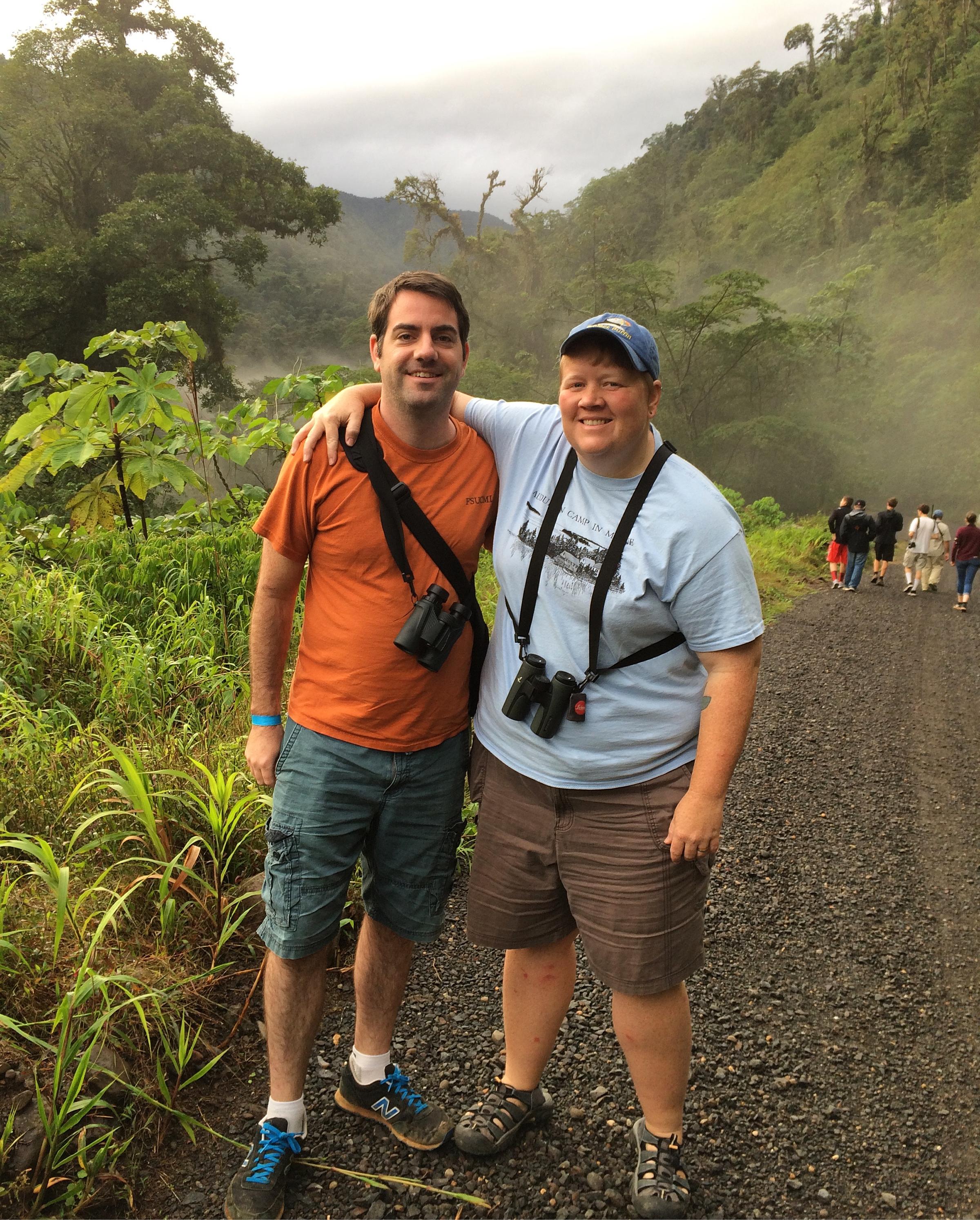