The outermost lodging along the trail to the wilderness part of Hog Island, the Crow's Nest is a three-minute walk from the Bridge and Fish House. Renovated in 2010 and again in 2015.  There are thre private rooms with private bathrooms: the Eider, Blackburnian and Guillemot. The Puffin room has a private half-bath (sink and toilet).  The other three rooms have 3 to 5 beds each including adult bunk beds. No rooms have double beds. Some rooms have ocean views.  There are chairs outside that provide a magnificent view looking down Muscongus Bay to the open sea. There is a large common bath room with toilet and shower stalls and several sinks.

Private rooms have private entrances, the shared bathroom rooms and Puffin roomhave a single entrance from the front of the cabin. 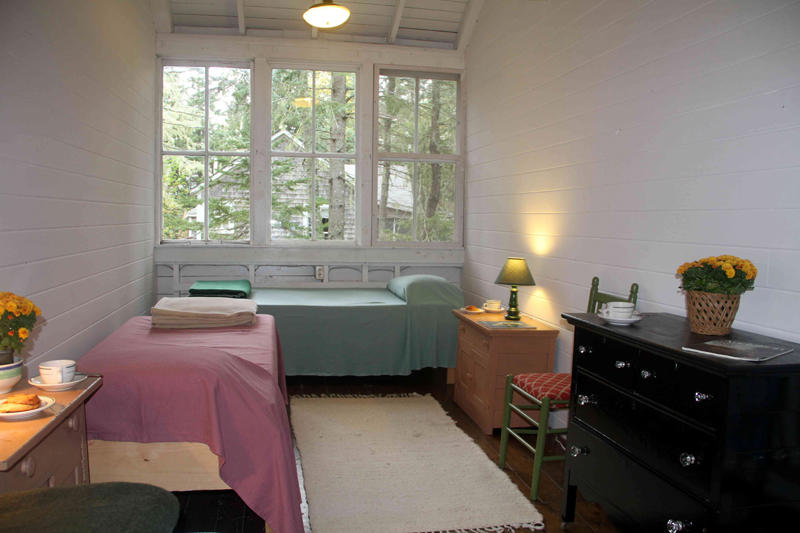 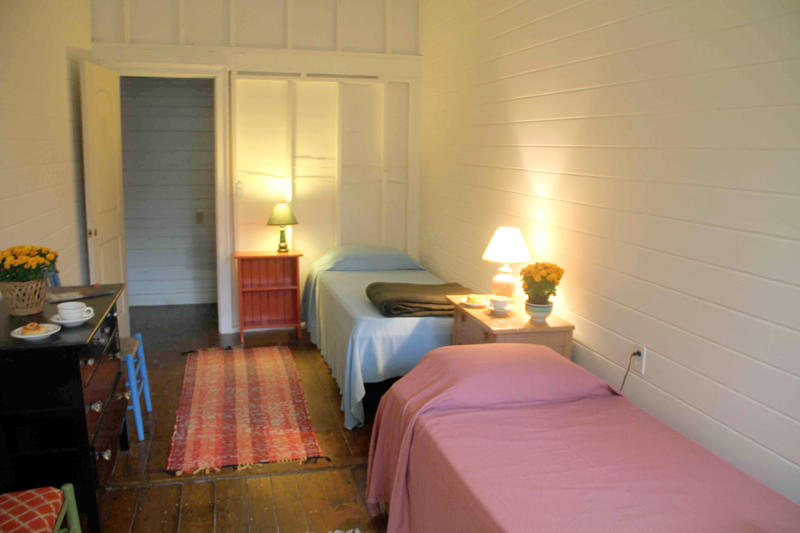 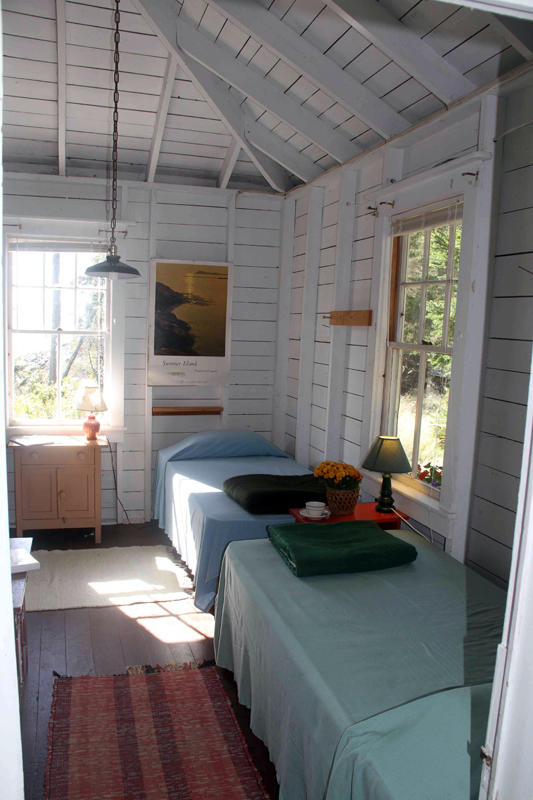