What year did you first come to Hog Island and in what capacity? 2007 as a camper at Educator’s Camp.

Favorite Bird seen at Camp: Winter Wren in 2007. It was a great feeling to hear it first and then actually find it atop a pile of brush singing its heart out in the midst of the spruce woods - totally unexpected.

Favorite Camp Session of the Summer: That’s hard to choose; each one has its own personality and character. If really pushed, probably Educator’s Camp - the energy, enthusiasm and camaraderie formed among the campers is infectious.

What makes Hog Island special to you? Its history,  its  old forest and mossy paths, its serenity, its ability to nestle in your heart, its spirit that brings us together as one to keep it going. Then there’s the fading laughter and tinkle of dishes on the night air.

What’s a typical day like for you? (An example of your work/life day at Hog Island): My typical work day is much more relaxed now that FOHI hired a volunteer coordinator. My day starts with rowing to work, getting the store ready for business, helping out as needed, talking to campers about FOHI, catching up on administrative stuff for FOHI and the store, checking inventory, then rowing home at night.

Do you have a favorite place on the island? Astronomer’s point. It’s wonderful for a quick, quiet nap on the rocks during a hectic day!

What’s one thing you cannot live without on the island? Binoculars - you never know when the Grey-cheeked Thrush will arrive or some other rarity perch atop one of the trees. I’m still hoping to catch a glimpse of the Connecticut Warbler that was here several years ago!

Name one amazing or strange thing you’ve seen on the island: A Pileated Woodpecker engrossed in pulling things out of a crotch in a tree near the Osprey Room - rags, paper, kleenex, string, etc. while a red squirrel tried to repeatedly fend it off by charging then running back up the tree. It turns out it was the Red Squirrel’s nest! To watch a Pileated from about six feet away for over 20 minutes was amazing, indeed. Oh, gosh, well then there’s the bioluminescence when I row home at night that forms a galaxy with each oar stroke. 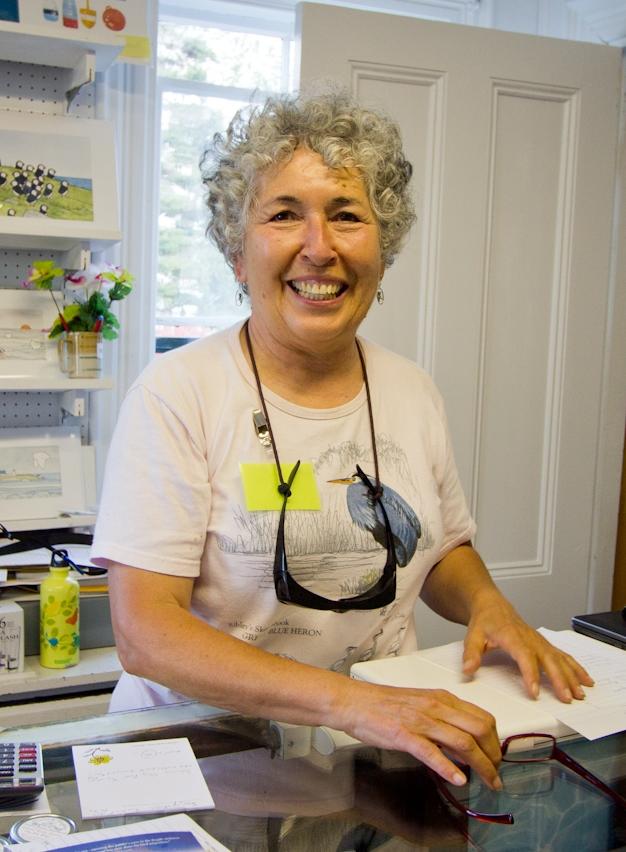 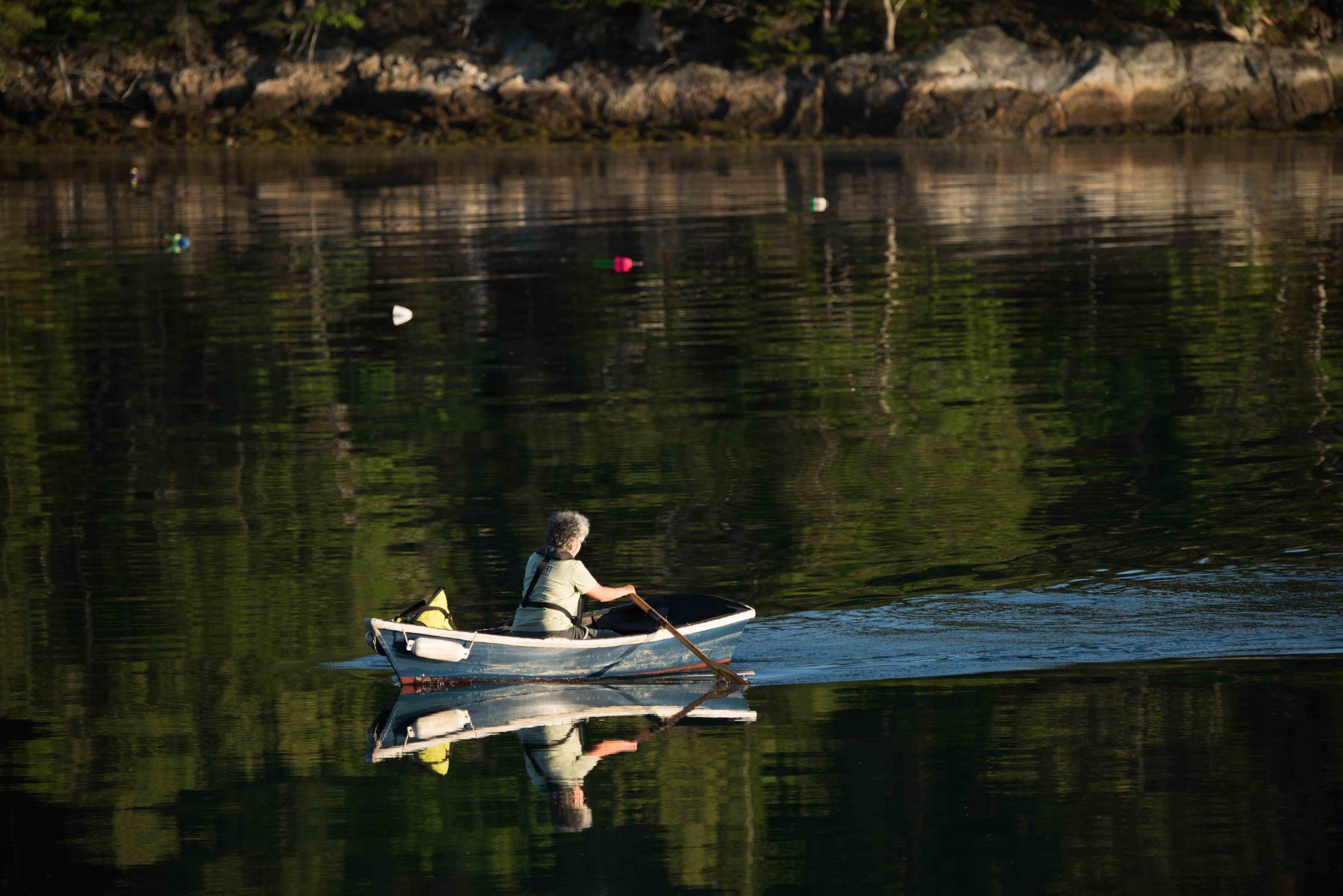 Juanita rowing across the Narrows. 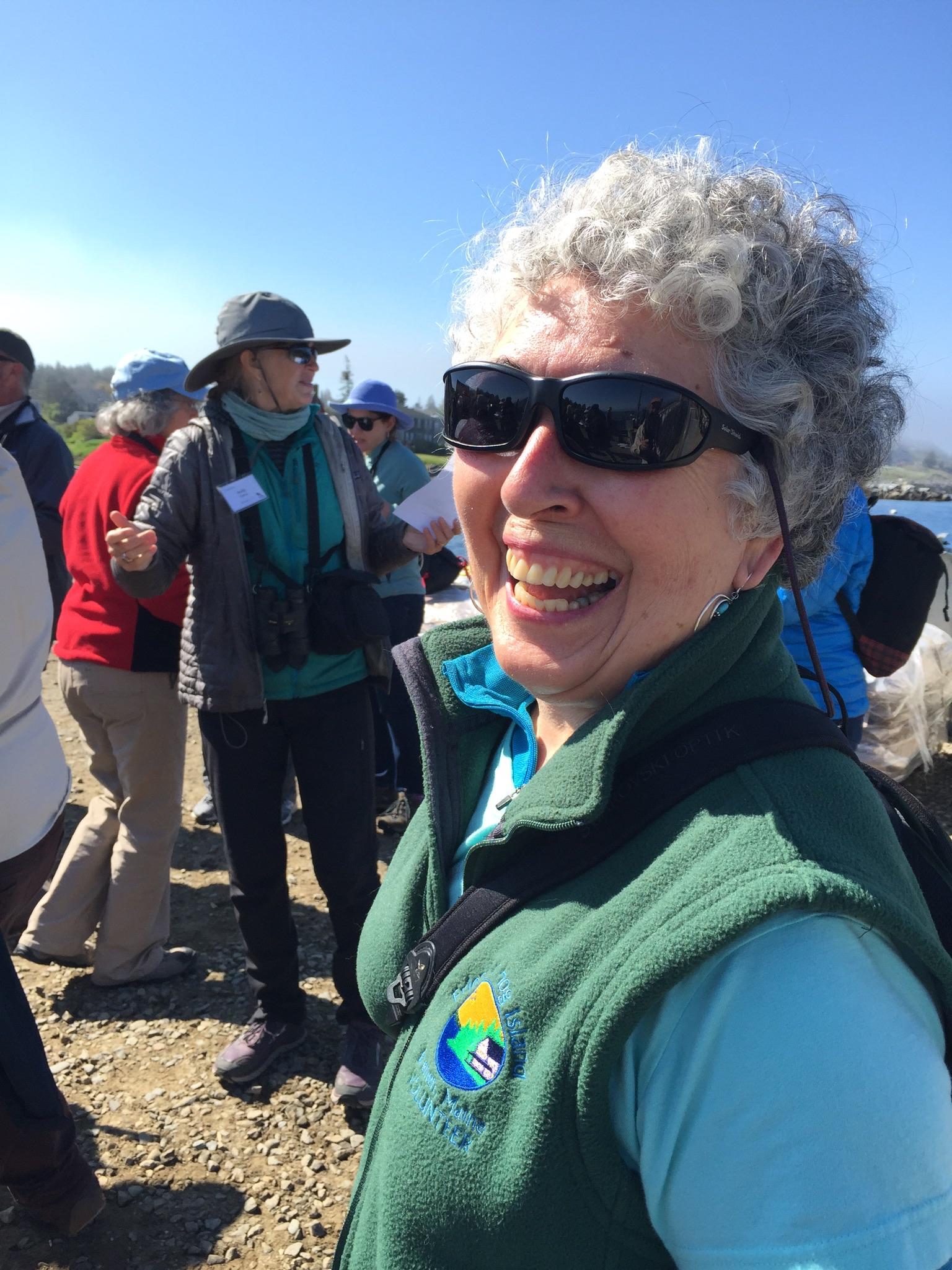